General Electric (NYSE:GE) investors couldn’t have expected much better from the company’s fourth-quarter earnings and 2021 guidance. In terms of the key metric to follow — namely, free cash flow (FCF) — the midpoint of management’s guidance for this year implies a performance significantly ahead of the Wall Street consensus. Throw in evidence of better-than-expected improvements across the business and it’s clear that GE’s recovery is on a good track.

CEO Larry Culp has earned a reputation for under-promising and over-delivering during his tenure, and the Q4 results only served to confirm it. Having guided toward FCF of at least $2.5 billion, GE surprised the market by delivering a whopping $4.4 billion. 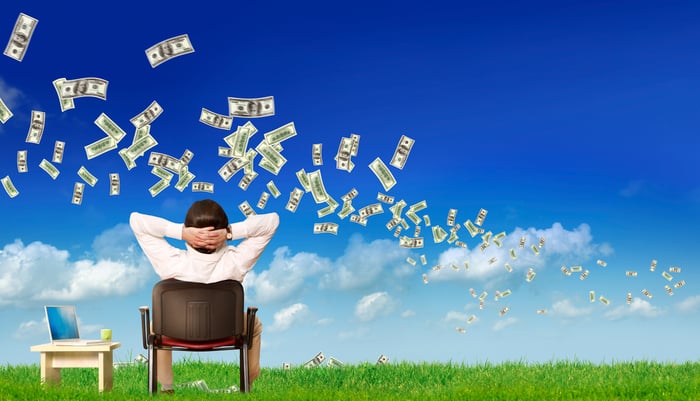 It gets better. Going into the earnings report, Wall Street analysts’ consensus forecast for FCF in 2021 was around $2.8 billion, but the guidance range Culp offered was $2.5 billion to $4.5 billion. The midpoint of that range is $3.5 billion, which would be $700 million higher than the analysts’ consensus. And the high end is only a touch shy of their consensus FCF estimate of $4.58 billion for 2022.

Whichever way you look at it, GE’s FCF is improving at a faster rate than many had expected. As a point of reference, a price-to-FCF multiple of 20 is often seen as being a reasonable valuation for a diversified industrial conglomerate. Based on its current market cap of around $102 billion, GE would need $5.1 billion in annual FCF to get there — a number that it’s possible it will hit by the end of 2023. The improvement in GE’s operational performance can also be seen by looking at the overall business on a segmental basis.

In addition, investors should consider the other areas where GE made progress during a difficult year. There are five points particularly worth noting.

First, the conglomerate started 2020 aiming to cut adjusted corporate costs to the $1.4 billion to $1.5 billion range, but the final tally was $1.33 billion https://www.ge.com/sites/default/files/ge_webcast_presentation_01262021.pdf — clear evidence of its operational improvements.

Third, it’s worth reiterating that GE started 2020 expecting its non-aviation segments to burn through $400 million to $1.9 billion in cash, but the final result was generating $600 million.

Fourth, the company continues to make progress on debt reduction. Management started the year expecting to reduce industrial debt to $23 billion from its 2019 level of $32.9 billion, and ended up at $23.5 billion — a credible performance under the circumstances. Moreover, GE Industrial made a $1.5 billion inter-company debt repayment to GE Capital. This helped to trim GE Capital’s debt from $59 billion in 2019 to $52.1 billion. For reference, management started the year expecting to reduce GE Capital’s debt to $55 billion. Fifth, the turnaround at GE Renewable Energy appears to be a year ahead of schedule. The segment ended 2020 with a 34% increase in orders to $6.3 billion in the fourth quarter. Last quarter also brought the first order of its giant offshore Haliade-X wind turbine, which GE hopes will spearhead its expansion into the offshore wind power business.

The turnaround is progressing

Putting it all together, GE is making headway on cutting costs and reducing debt. In addition, Culp is engineering a gradual recovery for the commercial aviation unit, and margin and FCF turnarounds are already in progress at GE Power and GE Renewable Energy. And all the while, the healthcare business has shown strength.

As such, GE’s FCF is set to improve markedly in the years to come, and it’s highly likely that Wall Street will be raising its forecasts for the metric after this earnings report.